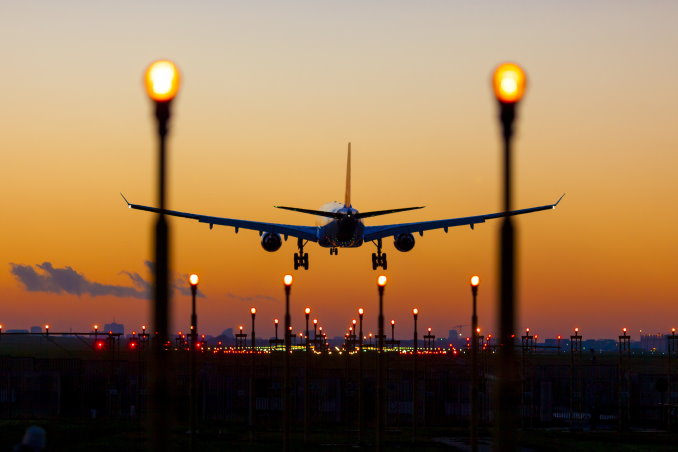 Have you ever arrived somewhere, only to discover that you weren’t where you thought you were? If that sounds confusing, spare a thought for the passengers on board Monday’s 7:30am British Airways CityFlyer service to Dusseldorf. The flight, which was being operated by WDL Aviation on behalf of British Airways, started at London City Airport, but it was only as the plane was about to land in Edinburgh that the passengers realised they were in the wrong place. They then alerted the crew, (who had been following an incorrect flight plan). On realising there was a problem, the pilot asked everyone who wanted to go to Dusseldorf to raise their hands. Everyone did! The plane then sat on the tarmac at Edinburgh for more than two hours before flying the 524 miles (843 km) to its correct destination.

Like those passengers, Scott Harrison, a night club promoter, found himself at a place in life that he hadn’t expected. By the age of 28 he had climbed up New York’s social ladder. He had many of the things he thought he wanted: “My girlfriend was on the cover of magazines; I had a BMW; I had a Rolex; I had a labrador retriever; I had a grand piano in my apartment in New York – and I was so unhappy! Something awakened in me. It was a realisation maybe that I would never find happiness, where I was looking for it.”
Scott was wise enough to take a fresh look at his life, and he realised that life is not about having a lot of material possessions. 2,000 years earlier Jesus – who was said to “have the words of eternal life” –  had said the same thing:

“Watch out and guard yourselves from every kind of greed; because your true life is not made up of the things you own, no matter how rich you may be.”
Luke 12:15 (GNT)

In fact Scott goes on to say, “I became so compelled by a Jesus, who went around serving the poor. He went around looking after others, and lived a life of integrity.” Scott then made the radical move to sell all his possessions and move to war-torn Liberia for two years. On his return to New York he founded charity: water,  a non-profit organization bringing clean and safe drinking water to people in developing countries. With the help of more than 1 million supporters worldwide, charity: water has now raised more than $360 million and funded over 35,000 water projects in 27 countries. When completed, those projects will provide over 9.5 million people with clean, safe drinking water.

So that’s Scott, but what about us? Have we arrived where we hoped we’d be? Maybe, maybe not?

Let’s take a fresh look at life, and ask ourselves, are we making a difference?

[You can find Scott speaking about his experience on the Alpha video entitled: How Can I Make The Most Of The Rest of My Life, or to watch the whole story, go to: Scott Harrison | INBOUND 2018 Keynote.]