Who can watch the news at present and not be moved by the plight of the people of northern California? The devastating wildfires, which have claimed 35 lives, are the deadliest in the history of the state. 90,000 people have been evacuated and hundreds are missing. Our hearts go out to those who have lost everything as whole communities have been reduced to ashes, and there seems no end in sight. Strong winds, high temperatures and only 10% humidity have been forecast for this weekend. The LA Times gives a graphic account of the challenges faced as the fires spread.

Spare a thought too, and a prayer, for the thousands of firefighters battling to extinguish the flames, risking their lives for the good of others. What may be surprising for those of us outside of the States, is that over a third of those fighting the wildfires are prisoners, (i.e. non-violent offenders). Their duties are more limited than the professionals, but nevertheless they do an exhausting and very dangerous job; earning a small amount of money and time off their sentence for the risks and challenges they face. Of much greater value however, is the difference it makes to their lives. One of the inmates, Bryan Earnhart, spoke of the effect the firefighting duties had had on him: “Now I’m trying to settle down and get my life together.”

“From being locked up, you can’t beat this experience. … I’ve been in and out of prison for five years,” said inmate Henry Cruz, “but this is the first time I actually want to live the right way when I get out. I feel like this has given me a second chance.” 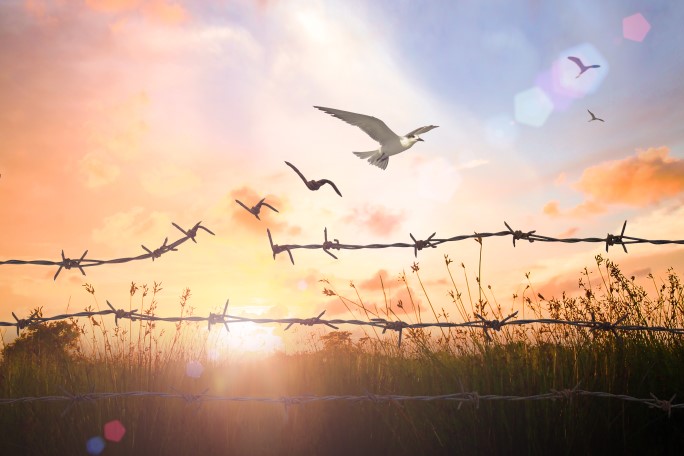 Spiritually, we too are offered a second chance. Many of us recognise a spiritual emptiness; so we ache for something real, something that works, something that satisfies the spiritual hunger inside. We are often attracted to try what is bright and colourful, that promises much but fails to deliver, but how committed are we to finding the real answer?

The prisoners who are fighting fires are all volunteers; they are prepared to face the heat, the exhaustion, the dirt and the danger, to get out of the rut they are in. Have you heard God’s call, but your response has been slow and lethargic? What is stopping you giving your all to your Creator? Fear of the unknown? Fear of what your friends may think? Face the fear and do it anyway! You are precious; Jesus loves you; He’s waiting to hear from you. Talk to Him – put your life in His hands. You may not be an inmate; you may not be a firefighter, but we all need that second chance.