Not Far From Any One Of Us 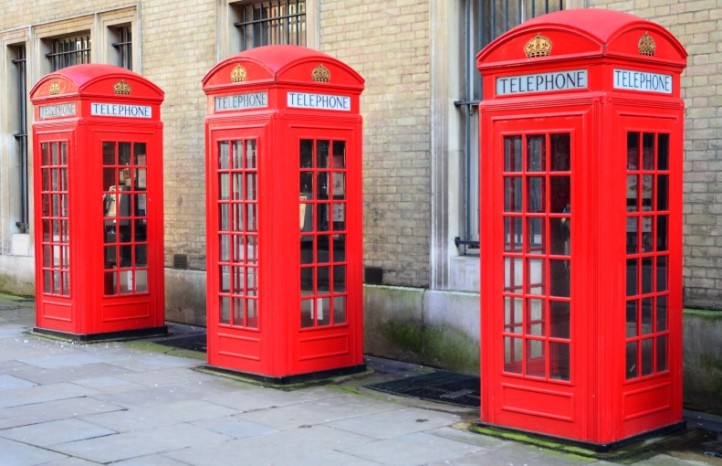 It was a sunny afternoon last November and I was walking through Westminster in central London, when I passed a typically British, red telephone box. Leading up to it was a queue of around twenty people all patiently waiting their turn to enter! Even before mobile phones were invented and home phones were commonplace, a queue of twenty people for a phone box was quite rare. Those waiting for this phone box however, were not waiting to make a call; they were tourists waiting to have their photo taken while they hung out of the door of an icon of Twentieth-Century British design.

I must admit I am a fan of these scarlet symbols of our culture. Yet I fully understand why so many are being removed from our streets. Why go into a phone box to make a call when you can make one from anywhere on a mobile phone – as long as there’s a signal! One estimate suggests that 90% of the British population will own a mobile phone in 2017, making phone boxes of whatever colour almost obsolete.

I regularly have the privilege of meeting many spiritual people, who follow various paths and have wide-ranging beliefs. Even though their spiritual path may be far removed from Christianity, many of them will visit a church occasionally during the week seeking peace and solitude, and some go there specifically to pray. There’s something about a church building, whether ancient or modern, that gives one a sense of the Divine, a closeness to God, a place where you can almost breathe in God’s presence.

But … like our antiquated phone boxes, there is no need to find an empty church to pray in. We can speak with God wherever we are – He is always listening. Neither do we need fancy words – He already knows what’s on our mind and in our hearts.

Church buildings are great examples of “thin places”, i.e. places where it feels that our Creator is within touching distance. Or as Eric Weiner puts it, “those rare locales where the distance between heaven and Earth collapses,” (from Man Seeks God by Eric Weiner). Yet we can also make our own thin places by choosing a favourite spot to meet with God each day, whether that be a corner of the garden or a comfortable armchair, simply a place where you can be alone with Him. In his book Eric Weiner describes how he travelled to many countries and tried many religions in an attempt to find God, but the truth is that God can be found right where you are. As an ancient rabbi once said,